Being the primary unit of organisation and habitation in India, villages over a period of time have become synonymous with the ‘identity of India’ itself. The cultural and architectural diversity found in villages across India can be mesmerising yet the influence of globalised invasive materials and knowhow can be seen percolating unanimously. The merits and demerits of this invasion continue to spark attempts at discovering sensitive design solutions in an actively urbanising India. The texture of which itself is heavily interwoven with various village like settlements. When we received the proposed name for the Café/Bar from our client, these questions suddenly came to light. Studying the dichotomy in schools of thought regarding what villages represent and the interpretations of their relevance, and ever-changing state was where we started our ideation.

Textures and volumes of the space have been designed to reference an experience, reminiscent of rural Indian settlements. Shaded gathering spaces which are semi-shielded from direct view form the larger sitting zones. The possibility of various movement patterns, give the illusion of an intimate organic settlement wherein the regulars find their own path, seldom taken by new visitors.

The form of the planters and walls have been carefully modulated to generate a surreal impression of rural settlements. The terracotta plaster was achieved after various trials to lend warmth and vibrance to the space, while the exposed concrete rings cast in iron sheets puncture these walls exposing glimpses across. The plant species were locally curated to ensure their survival with least resistance. The city has a thriving brass handicrafts industry hence lending it the name of Pital Nagri (“Brass City”). Brass vessels of different sizes were incorporated in the décor to reference this local trade. Indoor pendent lamps were customised to be suspended from the ceiling using wooden posts with carvings. The flooring of the central court was composed using broken slabs of rough black Kadappa stone found locally in India. 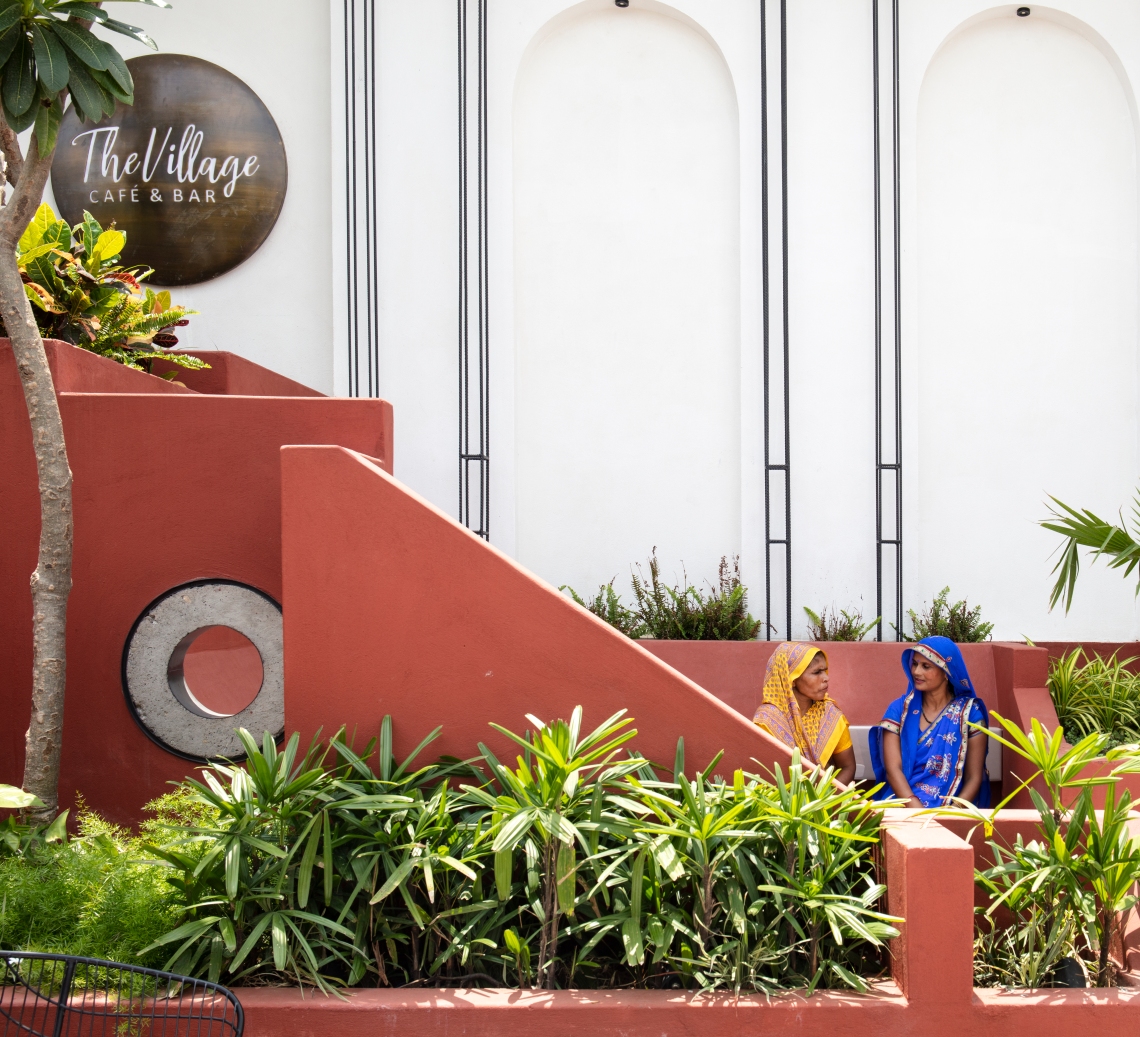 The intent became to design a space which represents a lucid memory of a village for todays ‘Urban Indian’, looking for a drink down nostalgic lane.

View all posts by Portal92